Home » Who We Are

Contributions to the Ragin’ Cajuns Athletic Foundation (RCAF) provide annual financial support for the 16 intercollegiate sports of the University of Louisiana at Lafayette and play a direct role in allowing them to compete at the highest level of NCAA Division I competition.

The most visible and important component of the RCAF is the Annual Fund. Donations through the Annual Fund provide the Athletics Department with unrestricted funds that directly benefit our student-athletes and coaches.

The Ragin’ Cajuns Athletic Foundation is a tax-exempt entity and operates under the safeguard of the University of Louisiana at Lafayette Foundation, Inc. a 501(c)(3) tax-exempt charitable organization. All RCAF contributions are tax deductible as allowed by law. Please consult your tax advisor for more detailed information. 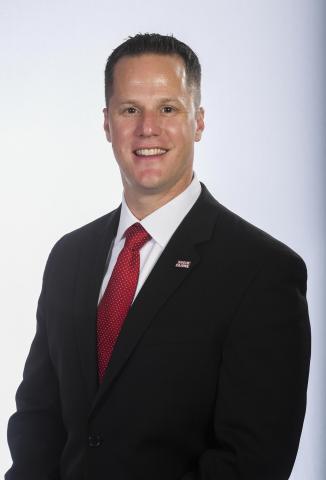 The RCAF welcomed come Lee De León to the role of Executive Director of RCAF, Deputy Director of Athletics in July 2019.

Formerly the athletics director at Abilene Christian from 2014-18, De León's career in college athletics features notable stops at Purdue (2018-19), New Mexico (2011-2014) and Arizona (2008-11). At the time of his appointment at ACU, De León was the youngest Division I athletics director in the country.

Under De León's watch, Abilene Christian's annual revenue grew by 81 percent, which allowed for a nearly 40 percent increase in the organization's operating budget. Along with multi-year contracts with Nike, IMG and Vivature, as well as the creation of the Wildcat Club, the official fundraising organization of ACU Athletics, made the tremendous growth possible. In its initial year, the Wildcat Club raised more than $6.25 million through annual fund, capital gifts, endowments and sport-specific donations.

Most recently, De León served as executive senior associate athletics director/assistant vice president for development at Purdue, where he managed day-to-day operations of the John Purdue Club, which is responsible for the fundraising efforts for the Boilermakers' 500 student-athletes.